Niti Taylor is a Famous Indian Actress, Fashion Model, Dancer and Social Media Influencer. Niti was born on 8 November 1994 in Gurugram, Haryana, India. Niti father’s Name is Sandeep Taylor who is famous businessman and Her Mother name is Cheryl Taylor, who is housewife. She did her early education in Loreto Convent School, Delhi and after that she got a Bachelor of Arts(B.A) from a Sophia college for women India.

After That She began modeling where she walked the ramp in many fashion shows. Niti started her career from the age of 15 with the T.V Show Pyaar ka Bandhan. Taylor is best known for her Portyal of Nandini Murthy in the famous show Kaisi Yeh Yaariaan, and Shivani Mathur in Ghulaam show and Mannat Kaur Khurana in most famous show Ishqbaaz. 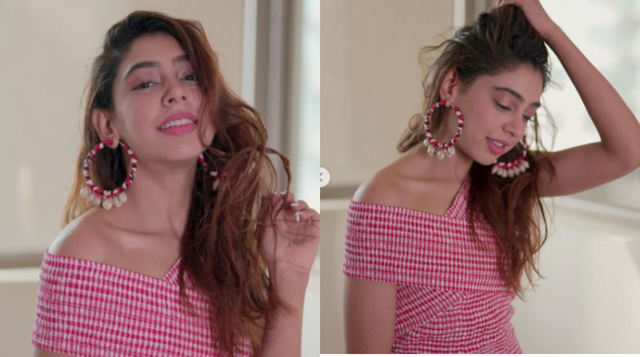 1.Why is Niti Taylor so famous?

Ans. As you may know, Niti Taylor is one of the most famous and stylish actresses of the television industry. She is best known for her roles in MTV India shows Kaisi Yeh Yaariaan, Ghulam and Ishqbaaz. The actress has carved a special place for herself in the hearts of her fans with her powerful performance.

2.Where does Niti Taylor belong to?

Ans. Niti Taylor belongs to Gurgaon, Haryana who is an Indian television actress. She also managed to earn a degree by studying Bachelor of Arts. She is best known for her role as Nandini Murthy.

3.Where does Nandini’s romance begin in the show Kaisi Yeh Hai Yaariyan?

Ans. The story of which goes like this, a simple girl from a small town enters the city of dreams Mumbai to study in a prestigious college and she is greatly influenced by a music gang but the leader of that music gang is more than her. He falls in love with Nandini

4.How did Niti Taylor meet her husband Parikshit?

Ans. Niti and Parikshit knew each other since school and were good friends since then but after a few years they reconnected on Instagram. After talking to each other a lot on Instagram, both of them met each other in New Delhi itself. Niti had also revealed that her parents had also met her and were very fond of her.

5.What is the height of Niti Taylor?